Black Hat Hackers are a group of people who illegally access and take control of other people’s computers. Their goal is cybercrime, which includes stealing information, spreading malware and disrupting technology by attacking a company’s infrastructure. Black Hat Hackers use different tools to achieve their goals.

Snort is a network intrusion detection system to detect, logs and block unauthorized network traffic. It uses various techniques to tune itself and detect packets on the network. The open-source Snort package includes tools for packet analysis, manipulation, and filtering.

Wireshark is a network protocol analyzer that uses packet capture technology to examine network traffic and also can be used to troubleshoot problem networks. A user can use Wireshark to view encrypted data, display information about protocols, analyze traffic statistics and decode messages using the protocol hierarchy. One can use this tool on a local network to capture traffic, or one can use it on the Internet to analyze network data. From there, the user can export packets to text files and make them available for analysis with other tools.

Nessus is a vulnerability scanner that uses a signature-based approach to identify security vulnerabilities and allows users to set filters for various vulnerabilities. Nessus also can be used to automate the process and includes an API for using third-party applications such as SpamAssassin and flexible reporting options. One can use it to discover unpatched vulnerabilities, including those that have been reported but not yet fixed.

Metasploit is an open-source penetration testing toolkit written in Ruby that utilizes a modular scripting and programming model. You can use it for network scanning, web application testing, exploitation, post-exploitation and pivoting to gain access to the target host or system. Metasploit includes modules that help automate tasks frequently performed while scanning and performing reconnaissance attacks on a target machine. Metasploit also allows users to write their modules and plugins for extensibility and new capabilities while keeping the core functionality intact.

John the Ripper is a cryptanalysis tool that runs password-cracking attacks against password-protected files or other data. You can use it to test cryptographic algorithms. John supports various cryptographic hash functions, including MD4, MD5 and SHA-1, for cracking passwords. While it does this by itself, you can use it with tools such as Hashcat that assist in the process of cracking passwords.

Aircrack-ng is a network packet-capture and analysis tool that allows users to sniff, replay and analyze network traffic. It uses various methods for capturing packets and can be used with other tools, such as Wireshark, to visualize network traffic. There are some limitations to the amount of information it can display. Several authors have modified the tool since its creation, becoming one of the most versatile tools in this category.

Nmap is another network security scanner that you can use to identify hosts and services running on a computer. It uses raw IP packets to determine the hosts and ports, which makes this tool particularly useful for bypassing firewalls. Nmap also includes many types of options and scripts for additional use.

Recon-ng is an open source tool used to automate several common tasks such as performing network reconnaissance, managing penetration tests, managing information gathering and reporting the results of those tasks. It utilizes various detection techniques, including fingerprinting technologies, to discover devices on a network. The user can choose from several modules that allow the program to function as desired and customize it for their needs.

OpenSSH is a binary version of the Secure Shell protocol. SSH provides access to a remote shell through an encrypted connection and includes an option for executing commands on a remote machine. You can use this tool to bypass network-level restrictions and firewalls by using backdoor tunnels, port forwarding and other methods that allow communication with a protected server over an insecure channel.

L0phtCrack is a password cracking tool that allows users to recover passwords used on a Windows or Linux system. It was developed by L0pht Heavy Industries, an internet security consulting firm that has been disbanded since its acquisition by Symantec in 1998. This tool can recover passwords through brute force, dictionary attacks, hybrid attacks and other methods of guessing the correct password.

Google is a search engine that uses web crawling and indexing technology to show relevant search results. You can use it to find security vulnerabilities by identifying open ports, outdated software or other exploitable resources. This tool also can be used to discover website content and can be used to extract data for analysis.

Netsparker is a web application security scanner that can perform various network scanning functions. It uses a combination of both automated and manual techniques to discover security vulnerabilities in web-based applications. Netsparker can determine the presence of cross-site scripting and other vulnerabilities that allow attackers to take control of a user’s session or exploit other vulnerabilities on the server. This tool is free for use by individuals and organizations but also contains commercial products for sale.

OpenVAS is a vulnerability scanner that uses vulnerability scoring techniques to identify vulnerabilities in applications, specific vendor versions or operating systems. It also can be used to scan for signatures and operate within a network perimeter based on the technologies and configuration of the system. This tool can automate the scanning process without relying on humans manually performing scans or performing manual scans of open ports to discover vulnerabilities.

SQLMap is a multi-threaded tool that you can use to penetrate and exploit SQL databases such as Microsoft Access, SQL Server, Oracle and Sybase. An attacker can use it to identify vulnerabilities that are present on the database server and then be used to launch other attacks against the database using stored procedures.

Acunetix can be used to test websites for security vulnerabilities through a combination of techniques and methods. This tool scans the website for various vulnerabilities by identifying the existence of cross-site scripting and other generic vulnerabilities present on many websites. SharpEye is another tool similar to Acunetix, though you can use it to scan for server-side issues that impact security.

THC Hydra is a web application testing tool that uses a combination of web crawling and automated testing to emulate human behavior to discover vulnerabilities on a website or application. This tool can bypass authentication by submitting incorrect credentials while still providing the correct response, making it very effective in password-guessing scenarios.

The methods presented here are meant to assist IT security professionals in understanding the different types of scans that one can perform to discover information about a system and its vulnerabilities. 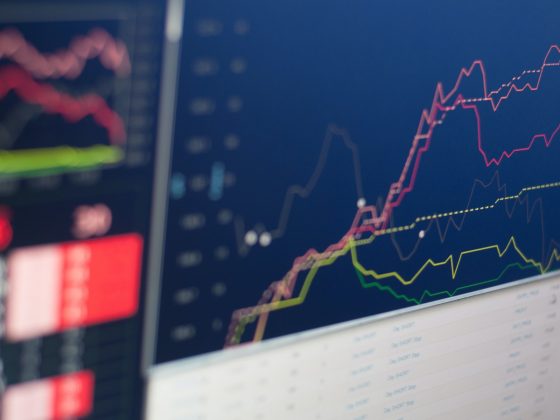 New to Stock Trading? 6 Tips on How to Start 2022 on the Right Foot 4 Ways To Significantly Slash Business Costs In a Recession